Jacqueline Glover to Serve as Head of Documentary Programming and 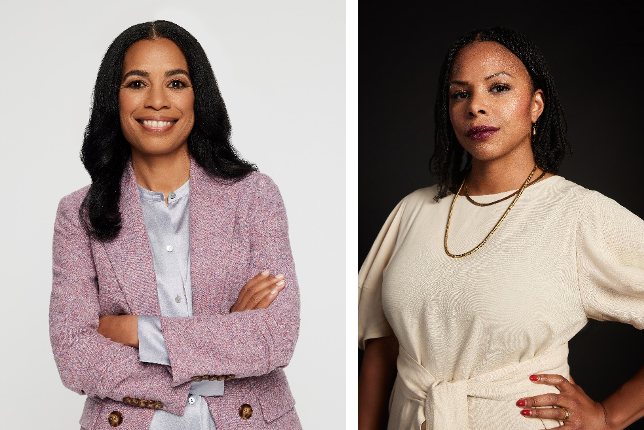 Veteran programming executives Jacqueline Glover and Jihan Robinson have been named Onyx Collective’s head of documentary programming and vice president, documentary programming, respectively; it was announced today by Tara Duncan, president, Freeform and Onyx Collective, to whom they will report. In their roles, Glover and Robinson will work closely with Duncan to continue building on Onyx Collective’s roster of emerging and established creators of color, as well as produce and develop non-fiction projects for the brand. Glover will also continue to serve as head of Documentaries, ABC News and Robinson will also continue in her role as vice president, Alternative Programming, Freeform.

Glover and Robinson will be charged with spearheading the newly announced brand’s non-fiction slate, which already includes the recently acquired documentary, “Summer of Soul (…or, When the Revolution Could Not be Televised),” winner of both the Grand Jury Prize and Audience Award at Sundance Film Festival. The film will be released theatrically by Searchlight Pictures and will begin streaming on Hulu in the U.S. on July 2, 2021. The duo will also oversee the groundbreaking “The 1619 Project,” based on materials from The New York Times Magazine and Nikole Hannah-Jones’s acclaimed work by the same name. Produced by Oprah Winfrey, Lionsgate and The New York Times, “The 1619 Project” will launch on Hulu on a date yet to be announced.

“Jackie and Jihan are the best executives in their field. Their expertise, relationships and proven skills with material have been instrumental in laying the foundation for Onyx Collective,” stated Duncan. “As we build our slate, I’m thrilled to have their instincts driving our non-fiction strategy and their creative acumen to build meaningful partnerships with creators.”

Added Glover: “I am thrilled to be working with this world-class team of accomplished, visionary executives. Documentaries are my passion, so to be able to bring that to Onyx Collective and support, collaborate with and celebrate filmmakers of color and bring their stories to the screen is truly an honor.”

“The opportunity to work with Onyx Collective is a distinct career high point,” added Robinson. “Onyx Collective is not just saying, ‘here’s a seat at the table’ but, ‘here’s the table, change the world,’ no other brand is doing this. It is a personal and professional honor that is beyond measure, and I can’t wait for audiences to see what we’re going to do.”

In addition to her role at Onyx Collective, Glover serves as head of documentaries, ABC News, and is responsible for managing ABC News’ burgeoning feature documentary business. Formerly senior vice president, HBO Documentary Films, Glover was responsible for overseeing all aspects of the department’s programming, including development, acquisitions and production. In her 27-year tenure at HBO, Glover’s projects received numerous awards, including nine Emmys®. Glover served as executive producer on HBO’s Emmy and Peabody Award-winner “True Justice: Bryan Stevenson’s Fight for Equality” and the Emmy Award-winner “King in the Wilderness,” a portrait of Dr. Martin Luther King Jr.’s final years. Glover also served as executive producer for “Black Art: In the Absence of Light” and the Emmy Award-winner “Jim: The James Foley Story.” Other projects include supervising producer on Oscar®-winning documentary short “Crisis Hotline: Veterans Press 1,” the Academy Award®-nominated short “Redemption,” the Emmy Award-nominated “Gloria: In Her Own Words,” the Emmy Award-winning and Peabody Award-winning “When the Levees Broke” from Spike Lee, the Academy Award-winning documentary shorts “Chernobyl Heart” and “The Personals,” Academy Award-nominated documentaries “4 Little Girls” and “China’s Unnatural Disaster: The Tears of Sichuan Province,” and the Emmy Award-winning “Teddy: In His Own Words.” Glover holds a bachelor’s in fine arts from New York University Tisch School of the Arts.

About Onyx Collective
Onyx Collective is a new content brand formed under Disney General Entertainment Content (DGE) designed to curate a slate of premium entertainment programming by creators of color and underrepresented voices. Onyx Collective’s debut project, Questlove’s award-winning documentary “Summer of Soul (…or, When the Revolution Could Not be Televised),” will debut on July 2, 2021, on Hulu. The brand’s roster of prolific creators also includes writer and comedian Natasha Rothwell (“Insecure,” “SNL”) and all non-Marvel titles produced by Ryan Coogler’s Proximity (“Judas and the Black Messiah,” “Black Panther”).