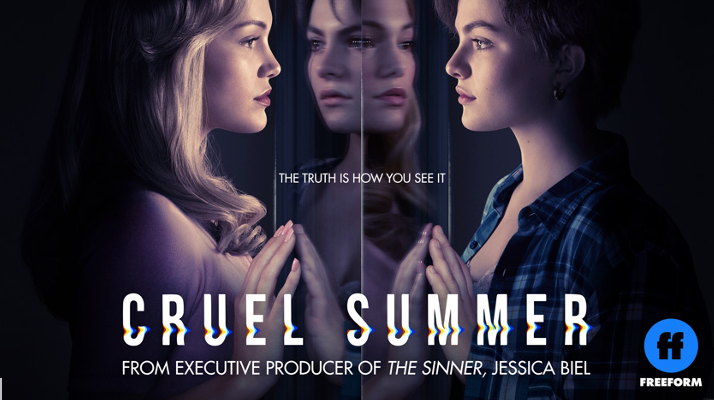 “Cruel Summer” premiered with a two-hour event on Tuesday, April 20, at 9:00 p.m. EDT/PDT. From executive producer Jessica Biel (“The Sinner”), “Cruel Summer” is a psychological thriller that follows two young women: Kate Wallis, the popular girl with a charmed life who one day goes missing, and Jeanette Turner, the nerdy wannabe who is accused of being connected to Kate’s disappearance. All signs point to Jeanette’s guilt, but is Kate really who she seems to be? Set over three summers and told through shifting points of view, the series challenges perception and follows how one girl can go from being a sweet outlier to the most despised person in America.

Freeform connects to audiences with bold original programming and immersive social engagement that moves the cultural conversation a little forward. Freeform channels the force and momentum of its young adult audience in its quest for progress with authentic, groundbreaking original series such as “grown-ish,” “The Bold Type,” “Good Trouble,” “Motherland: Fort Salem,” “Everything’s Gonna Be Okay” and “Cruel Summer.” The network also programs tentpole events such as “31 Nights of Halloween,” “Kick Off to Christmas” and “25 Days of Christmas.”