Bringing a refreshing, relatable, and unstoppable voice to the daytime community – talking to the people you are talking about, Emmy® Award-winning talk show host, executive producer and journalist Tamron Hall returns to daytime for her sophomore season with more provocative and riveting programming on Monday, Sept. 14, 2020. From the deeply personal to the purely fun, “Tamron Hall” is a daily destination for viewers to connect with the people shaping our lives through meaningful, engaging, and entertaining conversations. So, let’s talk about it.

Tamron Hall is an accomplished and award-winning journalist and in July won the Daytime Emmy® Award for Outstanding Informative Talk Show Host for her inaugural season. This marks the first time since the award’s inception in 2015 that a freshman host was the recipient of that honor. “Tamron Hall” is produced by Walt Disney Television and is distributed in national syndication by Disney Media Networks. The show is executive produced by Hall and Candi Carter and Carter serves as showrunner. The show broadcasts from New York City and features a dynamic mix of live and taped shows. 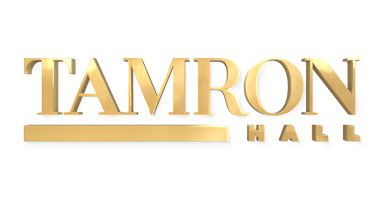