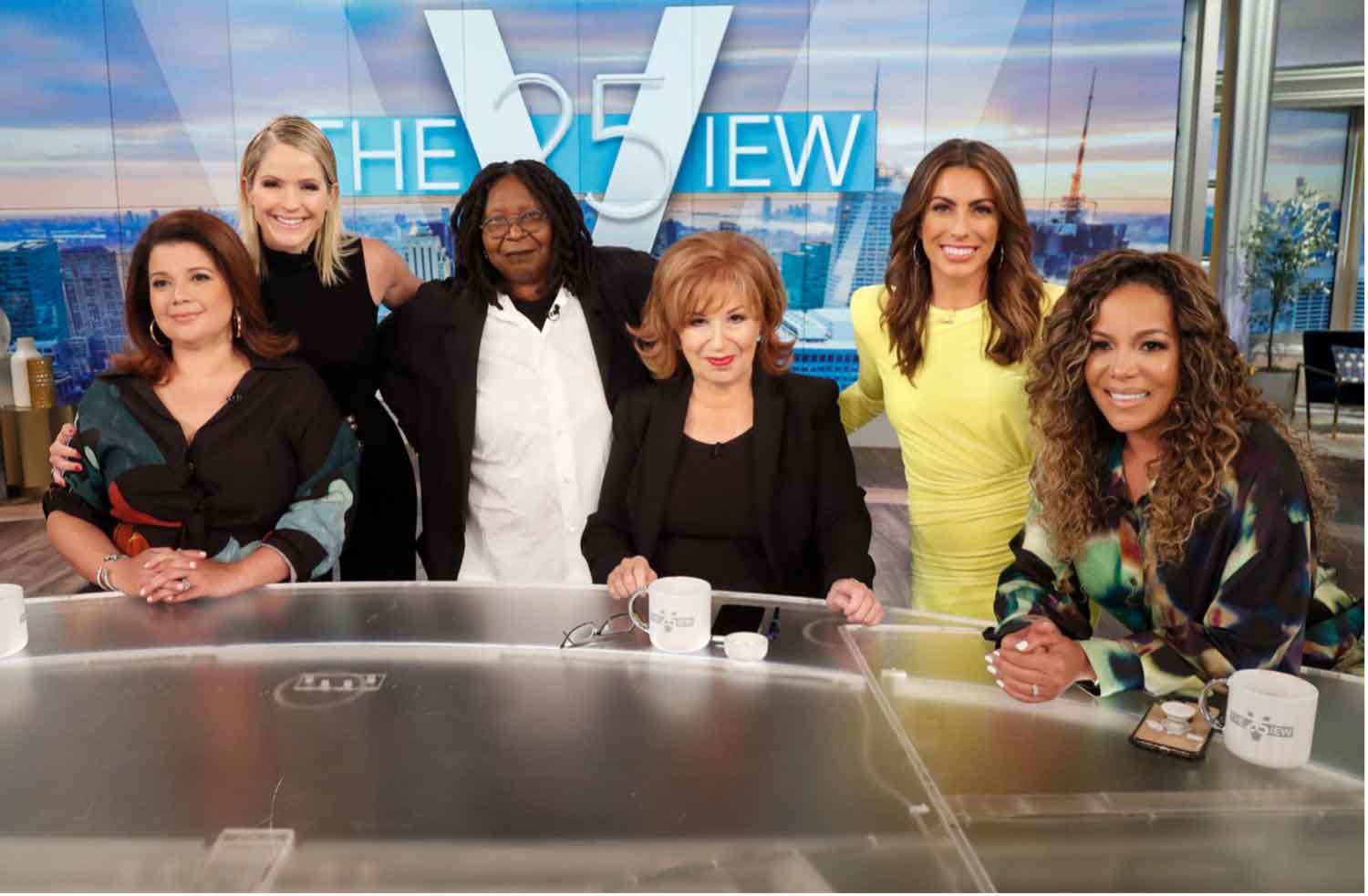 In the celebrated 25 seasons of “The View,” an incredible list of smart and dynamic women have had an official seat at the table, and today, live on-air, the Emmy® Award-winning talk show welcomed two more. Communications strategist Alyssa Farah Griffin joins the table as co-host in the conservative seat, and a familiar face to “The View” audience, Ana Navarro, has been officially named co-host. The two Republican co-hosts will join moderator Whoopi Goldberg and co-hosts Joy Behar, Sunny Hostin and Sara Haines on the panel. “The View” returns for season 26 in September, continuing the forum broadcast legend Barbara Walters created in 1997, where women discuss everyday issues, share their opinions and engage in conversations about the important topics of the day.

”We promised to take a little time to fill the seat and we have found the right match and a welcome addition to the show with Alyssa,” said executive producer Brian Teta. “She is willing to share her unique political experience and brings a strong conservative perspective while holding her own in tough debates with her co-hosts and guests on both sides of the aisle.”

“Ana has made an indelible impact on ‘The View’ since the first time she joined us at the table,” Teta continued. “She is a strong independent thinker with savvy insight, not to mention that she is whip-smart and fiercely funny. We are very happy to officially welcome her as a co-host.”

Farah Griffin joins “The View” after making 29 appearances throughout season 25. The communications strategist served as the top spokesperson for the president, vice president and secretary of defense from 2017-2020, making her the only person ever to hold each of these positions. She is an alumnus of Georgetown University’s Institute of Politics and Public Service and the Foundation for Defense of Democracies. Farah Griffin was also the youngest person in history to serve as the top spokesperson for the Pentagon. She is the recipient of the Secretary of Homeland Security’s Award for Distinguished Public Service and serves on the board of the American Conservation Coalition. In addition to “The View,” she will continue in her role as a political commentator for CNN. Farah Griffin is of Lebanese and Syrian descent and is passionate about advancing women in political leadership. Full Alyssa Farah Griffin bio: LINK

“I couldn’t be more honored and thrilled to join the ladies of ‘The View,’” said Farah Griffin. “The show paved the way for women speaking up and speaking out on TV. At a time when our country is so divided, often on partisan lines, I’m honored to represent the conservative perspective. I hope to model what is too often lost by our elected leaders: learning from others, disagreeing respectfully, and focusing on finding real solutions for our country.”

Ana Navarro joined the show in 2015 for season 19 as a contributor and has made recurring appearances on the panel as a guest co-host since November 2018 in season 22. The Republican political strategist and commentator is one of the leading Hispanic political voices in the United States and was the National Hispanic co-chair for John McCain’s 2008 presidential campaign. She has advised numerous federal and state campaigns in Florida and nationally. Navarro will continue her role as a political commentator on CNN and Telemundo. Born in Nicaragua, she immigrated to the United States in 1980 at 8 years of age. Full Ana Navarro bio: LINK

“‘The View’ is an institution and incomparable platform for women of different backgrounds to share their opinions and insights,” said Navarro. “It’s been a long courtship, but we’re finally making it official. I love being on the show, and I love living in Miami. I’m happy I will be able to do both. Thank you to ABC News, ‘The View’ family and our loyal viewers for their continued support.”

As of the final week of season 25, “The View” ranks No. 1 in Households among the daytime network and syndicated talk shows and news programs season to date for the second consecutive season.

Called “the most important political TV show in America” by The New York Times, “The View” (11:00 a.m.-12:00 p.m. EDT) is a priority destination for our guests and must-see viewing for our loyal fans with up-to-the-minute Hot Topics and invaluable conversations with live broadcasts five days a week. “The View” is executive produced by Brian Teta and is directed by Sarah de la O. For breaking news and updated videos, follow “The View” (@theview) and Whoopi Goldberg (@whoopigoldberg), Joy Behar (@joyvbehar), Sunny Hostin (@sunny), Sara Haines (@sarahaines), Alyssa Farah Griffin (@alyssafarah) and Ana Navarro (@ananavarro) on Twitter.