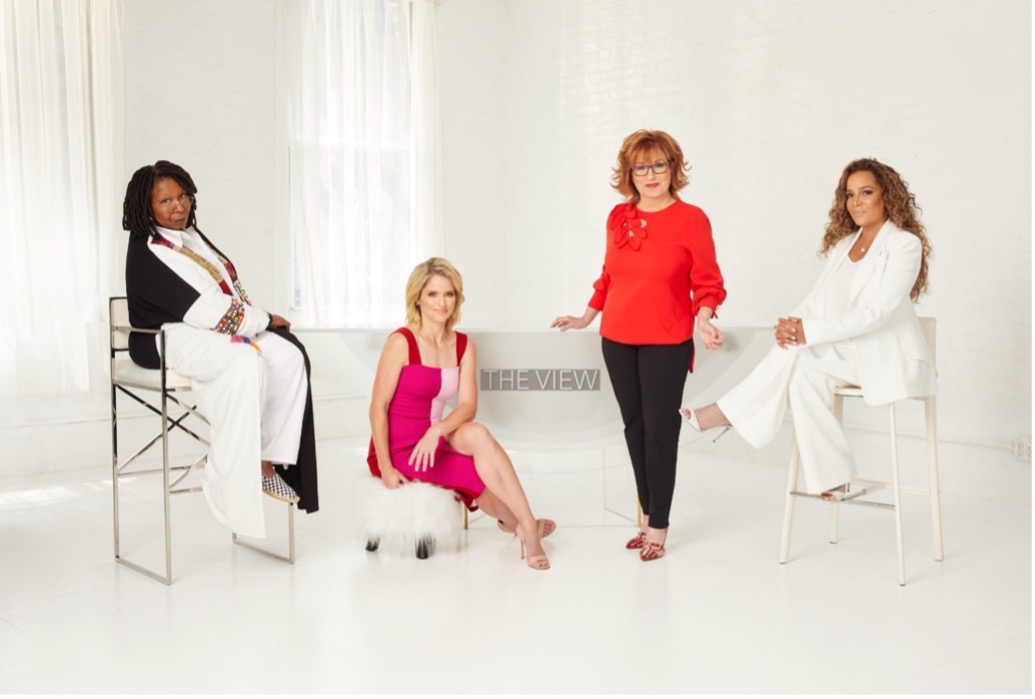 Called “the most important political TV show in America” by The New York Times, “The View” (11:00 a.m.-12:00 p.m. EST) is a priority destination for our guests and must-see viewing for our loyal fans with up-to-the-minute Hot Topics and invaluable conversations with live broadcasts five days a week. The Daytime Emmy® Award-winning talk show concluded season 24 as the most-watched daytime talk show, ranking No. 1 in Households and Total Viewers among the daytime network and syndicated talk shows and news programs for the first time in the show’s history. “The View” is executive produced by Brian Teta and is directed by Sarah de la O. For breaking news and updated videos, follow “The View” (@theview) and Whoopi Goldberg (@whoopigoldberg), Joy Behar (@joyvbehar), Sunny Hostin (@sunny), Sara Haines (@sarahaines) and Ana Navarro (@ananavarro) on Twitter.

Scheduled guests for the week of Dec. 6-10 are as follows (subject to change):

“The View” can be streamed on ABC News Live weekdays at 5 p.m. EST.