ABC Will Rock You With Latest Iteration of the Hit ‘Singalong’ Franchise, ‘The Queen Family Singalong,’ Airing Thursday, Nov. 4, on ABC 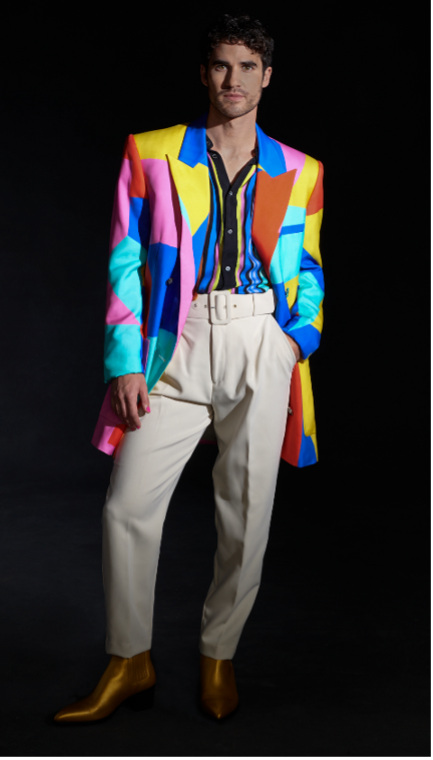 This is real life, not just fantasy! Today, ABC announced “The Queen Family Singalong,” the fourth installment of its successful “Singalong” franchise, with Emmy® Award-winning actor and singer-songwriter Darren Criss set to host, airing THURSDAY, NOV. 4 (8:00-9:00 p.m. EDT). With this special, one-night-only event, ABC is inviting friends and family from around the country to gather in their living rooms, crank up the volume and rock out for an hour of killer Queen hits, performed by musical artists the whole family knows and loves.

“The Queen Family Singalong” performances include the following:

Adam Lambert – “The Show Must Go On”

Derek Hough featuring Alexander Jean – “Another One Bites the Dust”

Fall Out Boy – “Under Pressure”

JoJo Siwa and Orianthi – “We Will Rock You”

OneRepublic – “We Are the Champions”

Pentatonix – “Somebody to Love”

Additional performances to be announced at a later date.

The statistics are simply staggering: sales in the hundreds of millions, streams in the billions, an unprecedented string of number one albums and top-charting singles, induction into the Rock and Roll Hall of Fame, The Songwriters Hall of Fame, MTV Global Icon Award, and songs enshrined in the Grammy Hall of Fame. Queen has spent 966 weeks on the British charts with their “Greatest Hits.” It’s the bestselling album of all time in the UK, and in the U.S. it has spent over 458 weeks and counting on Billboard’s Top 200 Chart. “Greatest Hits” was first released in 1981 and has sold over 25 million units worldwide, is certified 9X platinum in the U.S., and was the No. 1 highest-selling rock album of 2020. The band’s sonic and cinematic masterpiece, “Bohemian Rhapsody,” is regularly cited as one of the greatest songs ever recorded and was recognized as the world’s most-streamed song of the 20th Century. In 2019, “Bohemian Rhapsody,” the feature film, defied convention becoming the highest-grossing music biopic of all time, winning the Golden Globe® for Best Picture as well as BAFTA, Golden Globe and Oscar® wins for actor Rami Malek for his portrayal of Freddie Mercury.

For generations of rock fans who weren’t yet born during Queen’s campaign across the globe, the ageless music of Queen is a soundtrack of living history.

About Darren Criss
Since bursting onto the pop-culture landscape over a decade ago, Darren Criss has embodied the kind of kaleidoscopic musicality that’s entirely uninhibited by form or genre. Most recently, he released his first-ever holiday album, “A Very Darren Crissmas” (Decca Records), available now.

“A Very Darren Crissmas” is only the latest evidence of Criss’ singular gifts as a song interpreter. In 2010, Criss brought those talents to the masses by joining the cast of FOX’s massively successful musical series “Glee,” eventually landing a 2015 Emmy® nomination for Best Original Music and Lyrics for his work in writing “This Time” (a chart-climbing track that appeared on “Glee”’s series finale). In 2017, his EP “Homework” debuted at No. 1 on Billboard’s Heatseekers Album chart; that same year, he joined his brother, Chuck, in releasing the debut project from their indie-pop band Computer Games. An acclaimed actor whose credits include the titular role of “Hedwig and the Angry Inch” on Broadway, Criss starred as serial killer Andrew Cunanan in Ryan Murphy’s “The Assassination of Gianni Versace: American Crime Story” in 2018, a widely celebrated turn that earned him a Primetime Emmy Award, Golden Globe® Award, Screen Actors Guild Award, and Critics’ Choice Award. Through the years he’s also written songs for the comedy musical “Royalties,” co-wrote “Starting Now” for Disney and performed by Brandy, headlined the iHeartRadio Music Festival with Steve Aoki, and in August 2021 delivered his EP “Masquerade” (BMG), a collection he describes as character-driven singles.

Photography and video are available at www.dgepress.com.