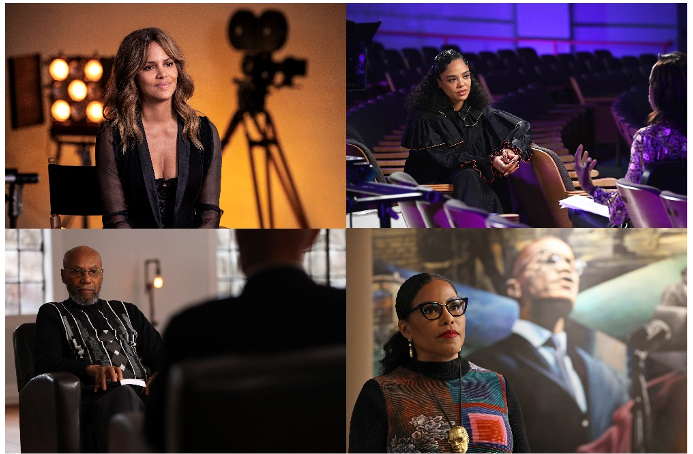 “While we remain dedicated to telling the impactful and important stories around the Black community all year long, ABC News will provide special coverage throughout February to salute Black excellence,” said Kim Godwin, president of ABC News. “We will celebrate and honor Black culture across all programs and platforms, taking an in-depth look at issues past and present while spotlighting those who have overcome significant obstacles and paved the way for a better future.”

ABC News’ groundbreaking “Soul of a Nation” returns with the special “Screen Queens Rising,” exploring how Black actresses, a historically overlooked and under-valued group in Hollywood, have in recent years begun to ascend to the top echelons of entertainment and American culture. The special examines how Black actresses of Hollywood have become power brokers and the iconic moments and roles have paved the way for them today. The special, hosted by “ABC News Live Prime” anchor Linsey Davis and ABC News senior national affairs correspondent Deborah Roberts, includes Roberts’ interview with actress Tessa Thompson and ABC News’ “GMA3: What You Need to Know” co-anchor T.J. Holmes’ interview with actress and director Halle Berry. The hour also features interviews with actresses Debbie Allen, Jackée Harry, Marla Gibbs and Regina Hall, and entertainment reporters who look back at the first milestones for Black women in Hollywood, discussing the triumphs, the obstacles and those who blazed the trail. The special includes the return of the fan-favorite “In the Kitchen” discussion moderated by “The View” co-host Sunny Hostin. “Soul of a Nation Presents: Screen Queens Rising” airs Thursday, Feb. 3 (8:00-9:00 p.m. EST), on ABC.

ABC News’ “Soul of a Nation Presents: X / o n e r a t e d – The Murder of Malcolm X and 55 Years to Justice” profiles Muhammad Abdul Aziz, a man who was wrongfully convicted of Malcolm X’s assassination. Featuring the first TV interview with Aziz since his exoneration, conducted by ABC News “Nightline” co-anchor Byron Pitts, the special retraces Malcolm X’s shocking 1965 assassination, Aziz’s decades behind bars and on parole, and the devastating impact on Aziz’s family. “X / o n e r a t e d” features interviews with family and advocates of Aziz, including his wife Paula McLellan, son Craig Butler, daughter Edris B. Green and independent historian Abdur-Rahman Muhammad, as well as A. Peter Bailey, a friend and associate of Malcolm X who was at the Audubon Ballroom on the day of the assassination. The special also includes interviews with those who conducted the joint reinvestigation that ultimately led to Aziz‘s exoneration in November 2021, including Aziz’s civil rights attorneys David Shanies and Deborah Francois, Innocence Project attorney Vanessa Potkin and former Manhattan District Attorney Cyrus Vance Jr., who was interviewed by ABC News chief justice correspondent Pierre Thomas. The special will have interviews with Shahid Johnson, Ameen Johnson and Khalil Ibn Islam, the children of the late Khalil Islam, who was also wrongfully convicted for the assassination of Malcolm X and posthumously exonerated, as well as Malcolm X’s daughter Ilyasah Shabazz. Journalists, filmmakers and activists reflect on the enduring legacy of Malcolm X and raise larger questions about how and why both the assassination and the wrongful convictions happened and why it took so long to resolve. “X / o n e r a t e d” airs Thursday, Feb. 3 (9:00-10:00 p.m. EST), on ABC.

“True to the essence of ‘Soul of a Nation,’ these two specials embody the ongoing pursuit of visibility, justice and authentic representation of Black life in America,” said Marie Nelson, senior vice president, integrated content strategy, ABC News. “On stage and screen, Black actresses have created conversations about the Black lived experience and have risen, knocking down barriers and portraying that truth for the world to see. And in the case of Malcolm X’s assassination, an epic civil rights true crime, the story of the exonerated Muhammad Abdul Aziz and Khalil Islam sheds light on the lives of two men and their families who’ve been fighting to be seen in a system that has often rendered them invisible and expendable.”

As ABC News celebrates and honors Black History Month, coverage will air across programs and platforms, including: