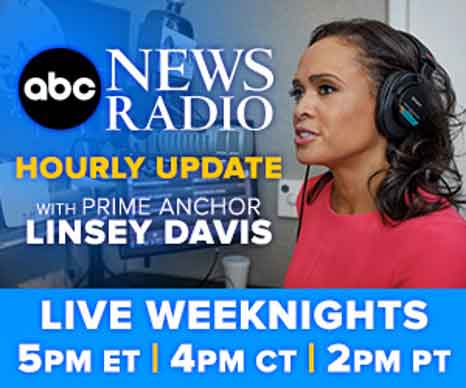 “Linsey is the triple threat of ABC News. She anchors the evening news on broadcast TV, ABC’s live streaming channel and now on radio,” said Liz Alesse, vice president of ABC Audio. “It’s a testament to her dedication to reaching audiences across the country on all platforms.”