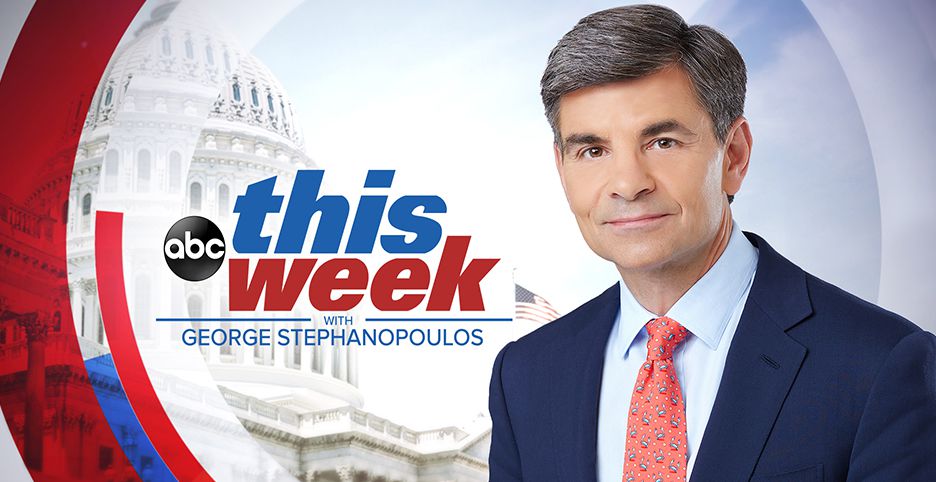 This Week with George Stephanopoulos” is ABC News’ pre-eminent Sunday morning discussion program, featuring newsmaker interviews and panel discussions and debates on a wide range of global issues and commentary, putting into unique perspective the preceding week’s news, and often setting the stage for the week ahead. The program is complemented by a strong digital component available throughout the week on the “This Week” webpage. The webpage features: “This Week” Extra, the pre-show thoughts of a round table participant and what he or she looks forward to discussing; an exclusive web-only video interview with a show guest answering viewer questions; notable comments made during “This Week” as part of the Sunday Sound; a transcript to complement the show; and online discussion forums. “This Week” is broadcast internationally, and ABC News Radio carries a one-hour radio version of the broadcast each week. The program’s multi-faceted and flexible format also offers: • A round table featuring a mix of journalists and policy and opinion makers, with free-flowing exchanges between George Will, Donna Brazile, Paul Krugman, Matthew Dowd, Sam Donaldson, Cokie Roberts and other ABC News correspondents and contributors. • The In Memoriam segment celebrating important figures who passed away the prior week and honoring military service members who died in Iraq and Afghanistan. • Funnies, a few highlights from the late-night talk shows, usually political in nature. “This Week” occupies an important historical place at ABC News, premiering in 1981 as “This Week with David Brinkley.” Under Mr. Brinkley’s stewardship, the program garnered critical acclaim and numerous awards, including the 1988 Peabody Award and the Joan Barone Award for “excellence in Washington-based national affairs/public policy reporting” from the Radio and Television Correspondents Association (RTNDA). Sam Donaldson and Cokie Roberts anchored the program from 1996 to 2002 during some of the biggest news stories in American history, including the Monica Lewinsky scandal, the impeachment of President Bill Clinton, the historic 2000 presidential election and events following September 11. ABC News Chief Political Correspondent and Anchor George Stephanopoulos anchored the program from 2002-2010, during which the program grew in audience and acclaim and was honored with two Walter Cronkite Awards for Excellence in Television Political Journalism from USC Annenberg for its On the Trail series in 2006 and 2008. Stephanopoulos is also the current anchor. Sandy Cannold is the executive producer of “This Week.” The program airs Sunday mornings on the ABC Television Network. 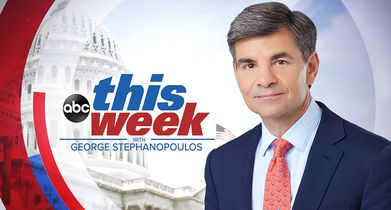 This Week with George Stephanopoulos Updated 06/30/2022 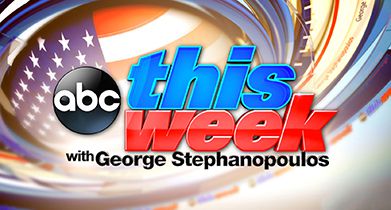 This Week with George Stephanopoulos
Download Add to Cart