Hosted by Emmy ® Award-winning host, actor, writer and comedian Craig Ferguson (“The Late, Late Show with Craig Ferguson”), “The Hustler” breaks the game show mold by featuring one player who secretly already knows the answers. Don’t be fooled. Just because they have a leg up doesn’t mean they’ll be taking home the prize.

Each episode of “The Hustler” follows five contestants as they collaborate to answer a series of 10 trivia questions worth $10,000 each, with the goal of building a collective prize pot that increases with each correct answer. The catch? One of the five contestants, the Hustler, already knows the answers because every question is inspired by his/her life and interests but must keep their identity a secret in order to have a shot at winning the grand prize. Throughout each episode, two contestants are anonymously eliminated by the Hustler, leaving three remaining contestants—the Hustler and two others—who must collectively decide who they think the Hustler is. If they are right, they share the prize pot that could be worth over $100,000. If the two contestants are wrong, the Hustler goes home with the full cash reward. 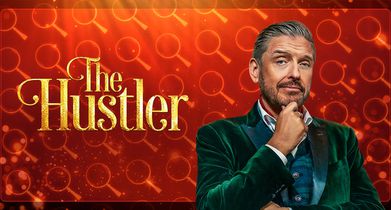 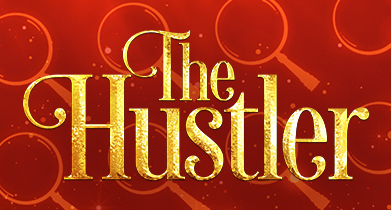