In his acclaimed debut as a filmmaker, Ahmir “Questlove” Thompson presents a powerful and transporting documentary – part music film, part historical record – created around an epic event that celebrated Black history, culture and fashion. Over the course of six weeks in summer 1969, just 100 miles south of Woodstock, The Harlem Cultural Festival was filmed in Mount Morris Park (now Marcus Garvey Park). The footage was largely forgotten – until now.

“Summer of Soul” premiered at the Sundance Film Festival, where it won both the Grand Jury Prize and Audience Award. The film has swept the Critics’ Choice Documentary Awards with wins in all six categories for which it was nominated, including Best Documentary Feature and Best Director. It has also won 46 awards across critics’ groups and guilds including DOC NYC, the AFI Special Award, LAFCA, AAFCA and NBR, and has earned an additional 43 nominations including the 94th Oscars®, 75th BAFTA Awards, DGA, Cinema Eye Honors, the GRAMMYS, IDA, PGA, NAACP, ACE, MPSE Golden Reel, among many others.

“Summer of Soul” is streaming on Hulu and Disney+, in conjunction with Onyx Collective; Searchlight Pictures released it theatrically. 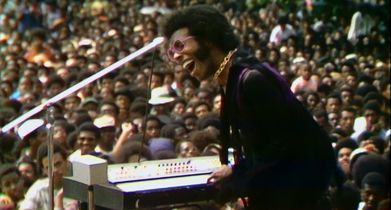 Summer of Soul (…or, When the Revolution Could Not Be Televised)
Download Add to Cart