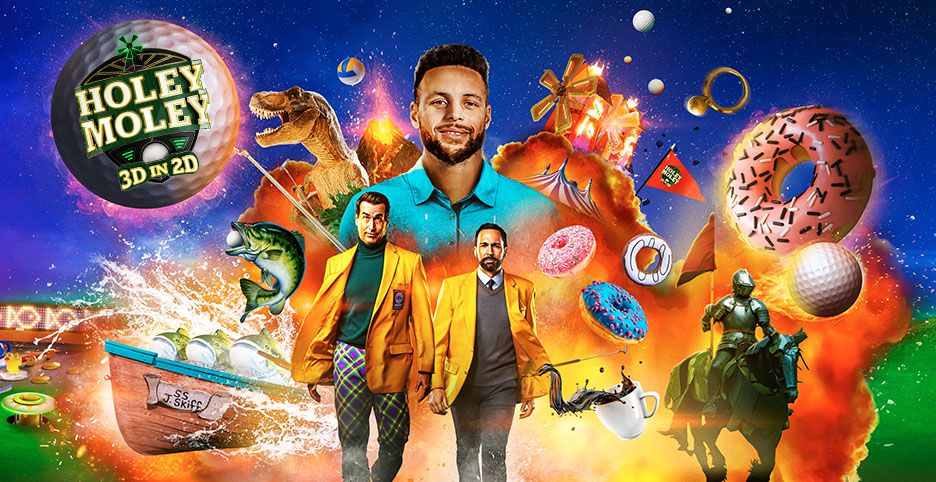 The 13-episode extreme mini-golf competition series, swings into season two as “HOLEY MOLEY II: THE SEQUEL” on THURSDAY, MAY 21 (9:00 – 10:00 p.m. EDT). The sophomore season will showcase self-proclaimed mini-golf lovers from around the country as they compete head-to-head through an epic obstacle golf course. In each episode, eight contestants will put their miniature golf – and physical – skills to the test as they face off in out-of-this-world challenges on the supersized course. The winners of each episode will return to the “Holey Moley” course for the all-star grand finale, where only one will be crowned winner and claim the $250,000 prize. “Holey Moley” is produced by Eureka Productions and Unanimous Media. Chris Culvenor, Paul Franklin, Wes Dening, Charles Wachter, Michael O’Sullivan, Jeron Smith, Erick Peyton and Stephen Curry serve as executive producers. Rob Riggle, Joe Tessitore and Jeannie Mai are featured as on-camera commentators and sideline correspondent, respectively. “Holey Moley” is an original format created by Chris Culvenor of Eureka Productions. Beginning JUNE 11, the series will shift its time slot to 8:00 p.m. 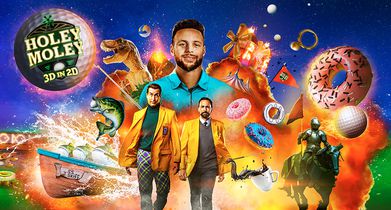 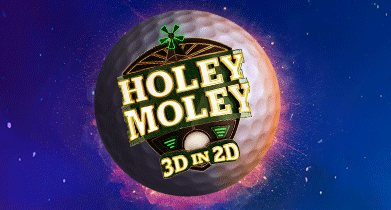