Skip to content
It’s “Horror Night” on “Dancing with the Stars,” and viewers are in for a real treat as the remaining couples Monster Mash their way back to the ballroom for a fang-tastic nig… Read Synopsis
Close

It’s “Horror Night” on “Dancing with the Stars,” and viewers are in for a real treat as the remaining couples Monster Mash their way back to the ballroom for a fang-tastic night as they compete another week for the coveted Mirrorball Trophy.

Tyra Banks will walk out to Lil Nas X’s “MONTERO (Call Me By Your Name).” This spooktacular episode will also feature the season’s first performance from judge Derek Hough, who won an Emmy® last month for his choreography on the show.

Fans of the show will be able to vote during the live broadcast of the show in the ET/CT time zones via abc.com and SMS/text. (Note: To be clear, fans in all U.S. time zones may vote, provided they vote within the live show window.) With each subsequent episode, the live viewer votes will be combined with the judges’ scores to determine which couples may be in jeopardy of elimination.

“Dancing with the Stars” is the hit series hosted by supermodel and businesswoman Tyra Banks in which celebrities perform choreographed dance routines that are judged by a panel of renowned ballroom experts, including Len Goodman, Carrie Ann Inaba, Bruno Tonioli and Derek Hough.

The couples (along with their dance styles and songs) are the following:

·       Talk show co-host of “The Talk” Amanda Kloots and pro Alan Bersten dancing the Argentine Tango to “Paint It, Black” by Ciara (inspired by “SAW”)

·       Popstar and dancer JoJo Siwa and pro Jenna Johnson dancing Jazz to “Anything Goes” by District 78 ft. Patrice Covington (inspired by “IT”)

·       NBA basketball star Iman Shumpert (“We Got Love Teyana and Iman”) and pro Daniella Karagach dancing Contemporary to “I Got 5 On It (Tethered Mix from US)” by Luniz ft. Michael Marshall (inspired by “US”) 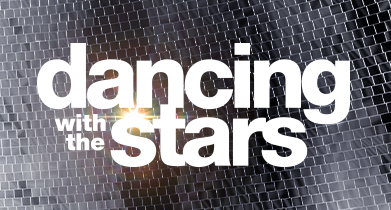