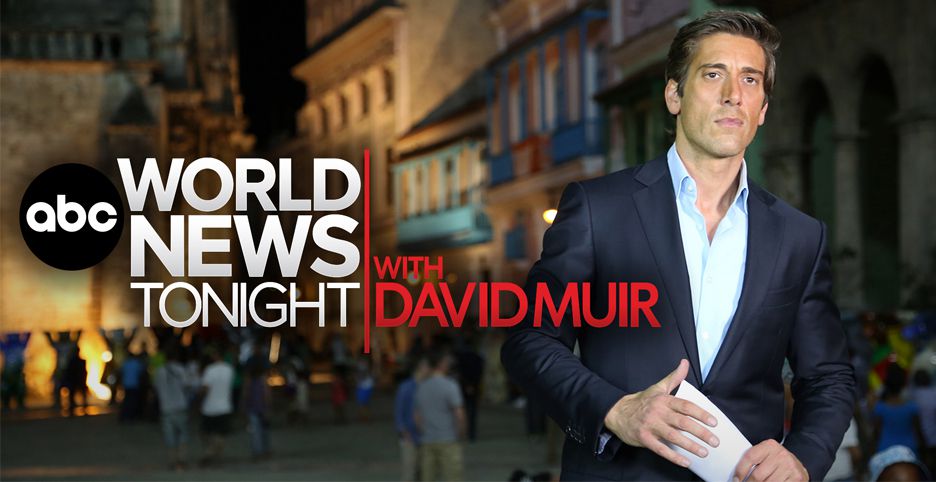 “World News Tonight with David Muir” is the News division’s flagship broadcast. With unparalleled reporting, “World News Tonight” empowers viewers each day by providing the latest information and analysis of major news events from around the country and the world. Anchored by David Muir (@DavidMuir), the broadcast draws upon an award-winning team of correspondents, producers and off-air reporters. For more than a decade, Muir has reported from international hotspots around the world including Beirut, Tehran, Tahrir Square, Mogadishu, Gaza, Afghanistan and Fukushima, and interviewed the top newsmakers of our time, which generate global headlines. Muir landed the first interview with President Donald Trump after his inauguration. Muir also secured the exclusive interview with President Barack Obama during the former president’s historic trip to Cuba and the exclusive sit-down with Pope Francis inside the Vatican for an unprecedented town hall, “Pope Francis and the People.” During the 2016 campaign, Muir moderated Democratic and Republican presidential primary debates and conducted numerous interviews with presidential candidates including former Secretary of State Hillary Clinton, in which she apologized to the American people for her use of a private email server. Muir has reported numerous award-winning prime-time specials for ABC News including “Breaking Point: Heroin in America” and “Flashpoint: Refugees in America.”

“World News Tonight”’s coverage of domestic and international events is complemented by the following recurring series led by Muir:
• “America Strong” documents courageous and ordinary Americans doing extraordinary things.
• “Made in America,” an Emmy®-nominated series, looks at how jobs can and are being created in America.
• “Person of the Week,” a weekly segment airing on Fridays, highlights a person who has made a difference to the world, the country or a community. The series was a part of the broadcast from 1986 until 1998 and was reintroduced in 2003.

“World News Tonight” is one of the most honored news programs in the world. In 2004, 2005, 2013 and 2018, the program won the Edward R. Murrow Award for Best Newscast and in 2012 for Video Hard News for “A Cry for Help: Famine in Somalia.” “World News Tonight” earned an Edward R. Murrow Award in 2014 for ABC News’ Overall Excellence in Television and a Peabody Award for network coverage of Superstorm Sandy in 2013. The broadcast won an Overseas Press Club Award for its coverage of the devastating Chinese earthquake in 2008 and also figured in a 2007 Peabody Award that recognized a series of reports from Bob Woodruff on traumatic brain injuries among Iraq War veterans. In 2017, “World News Tonight” won an Emmy Award for Muir’s town hall with President Barack Obama, “The President and the People: A National Conversation,” about race, policing and efforts to bridge the divide. In 2006, the program was recognized with three Emmy Awards for reports from the “Iraq: Where Things Stand” series, as well as an investigation that exposed the presence of big money in politics during the 2004 campaign season. In 2005, the broadcast won Emmy Awards for pieces on the Iraq War and the genocide in Darfur, Sudan. It also won Emmys for segments related to Sept. 11 coverage and was part of the ABC News effort recognized with a Peabody Award for its coverage of the Sept. 11 attacks and their aftermath. 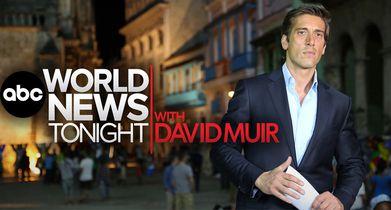