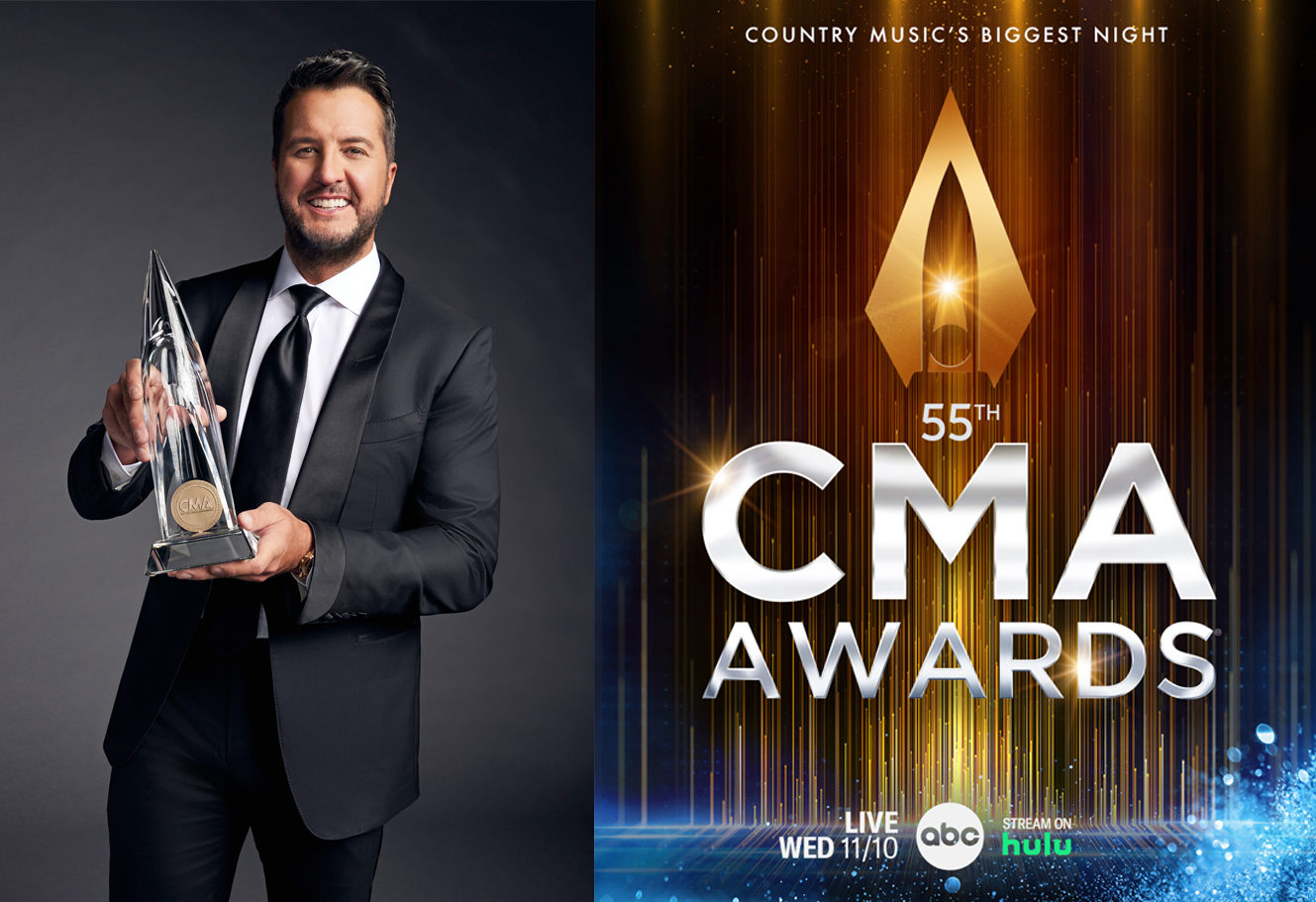 “The CMA Awards is one of the biggest nights of the year for Country Music,” says Bryan. “Being asked to host the CMA Awards was definitely something I put a lot of thought into before answering. The pressure that comes along with that can be overwhelming, but knowing I get to help honor and celebrate so many of my friends, I knew it was something I couldn’t turn down. I mean, growing up in Georgia, I remember watching Vince Gill, Reba, Brooks & Dunn, Kenny Rogers, Barbara Mandrell, to name a few. They were so good. And then becoming a part of this amazing Country Music family and sitting on the front row while Brad Paisley, Carrie Underwood and Darius Rucker took the reins, all of these artists are heroes and friends, and I am honored to have my name included in this group. I’m looking forward to making it fun and memorable and using this platform to continue to make Country Music shine.”

Bryan, a two-time CMA Entertainer of the Year, will make his CMA Awards hosting debut on this year’s stage.

“We are so thrilled to have Luke join us as this year’s CMA Awards host,” says Sarah Trahern, CMA chief executive officer. “His fun and playful energy is something television viewers have welcomed into their homes week after week as a judge on ‘American Idol,’ and I know he has something exciting up his sleeve for the CMA Awards. We cannot wait to bring music fans a magical night of performances and truly some of the most special moments our show has ever delivered in just a few weeks.”

“We are so grateful Luke will host the biggest event in Country Music. That’s my kind of night and it will be yours too,” said Rob Mills, executive vice president, Unscripted and Alternative Entertainment, Walt Disney Television. “I am excited for Luke to bring the same humor, energy and emotion as host of the CMA Awards that he has for the last five years on ‘American Idol.’”

Since his debut, Bryan has garnered 27 No. 1 hits and has more RIAA certified digital singles than any other Country artist with 68.5 million, has 15.6 billion streams worldwide, and has sold nearly 13 million albums. His headline concert tours have played sold-out shows for 12 million fans inclusive of 36 stadium concerts, Farm Tours, Spring Break shows, and seven sold-out “Crash My Playa” destination concert events. He has won over 50 major music awards including five wins as Entertainer of the Year. His third and most recent Entertainer win was awarded by the Academy of Country Music this past April. Additional awards include six recognitions as a CMT Artist of the Year, NSAI Artist/Songwriter of the Year, the first-ever recipient of the ACM Album of the Decade Award for “Crash My Party,” seven CMT Music Awards, five Billboard Music Awards, and four American Music Awards—as well as being named Billboard’s Top Country Artist of the 2010s, the Most Heard Artist of the Decade by Country Aircheck, and the Artist Humanitarian Recipient by the Country Radio Broadcasters this past February. Bryan is set to return as a celebrity judge for a fifth season, alongside Katy Perry and Lionel Richie, on ABC’s “American Idol” in 2022.  Airing now, fans can see Bryan’s original five-part docuseries, “Luke Bryan: My Dirt Road Diary,” on IMDb TV, Amazon’s premium free streaming service. Visit LukeBryan.com or follow Luke on Twitter @LukeBryanOnline, Instagram and Facebook.

Performers and presenters for “The 55th Annual CMA Awards” will be revealed in the coming weeks. Stay tuned to CMAawards.com for more details.

Winners of “The 55th Annual CMA Awards” will be determined in a final round of voting by eligible voting CMA members. The third and final ballot is open now for CMA members, with voting for the CMA Awards final ballot closing Wednesday, Oct. 27 (6:00 p.m. CST).

The application for media opportunities with “The 55th Annual CMA Awards” is now available on CMApress.com. The deadline to apply is Wednesday, Oct. 27 (5:00 p.m. CST).

“The 55th Annual CMA Awards” is a production of the Country Music Association. Robert Deaton is the executive producer; Alan Carter is the director, and David Wild is the head writer.

About the CMA Awards
The first “CMA Awards Banquet and Show” was held in 1967. The following year, the CMA Awards was broadcast for the first time – making it the longest running, annual music awards program on network television. The CMA Awards have aired on ABC since 2006. ABC is the network home of the CMA Awards and CMA’s other two television properties, “CMA Fest” and “CMA Country Christmas.”

About the Country Music Association
Founded in 1958, the Country Music Association (CMA) is the premier trade association of the Country Music industry. Representing professionals making a living in Country Music globally, the organization serves as a critical resource of support and information, honors excellence in the genre and provides a forum for industry leadership. CMA is dedicated to expanding Country Music around the world through a number of core programs and initiatives including the organization’s three annual television properties—the CMA Awards, “CMA Fest” and “CMA Country Christmas,” all of which air on ABC. The organization’s philanthropic arm, the CMA Foundation, works tirelessly to provide equitable access to music education in order to create impactful change for students and teachers across the United States.