‘Live With Kelly and Ryan’ Halloween 2021

‘Live’’s Out of this World Halloween 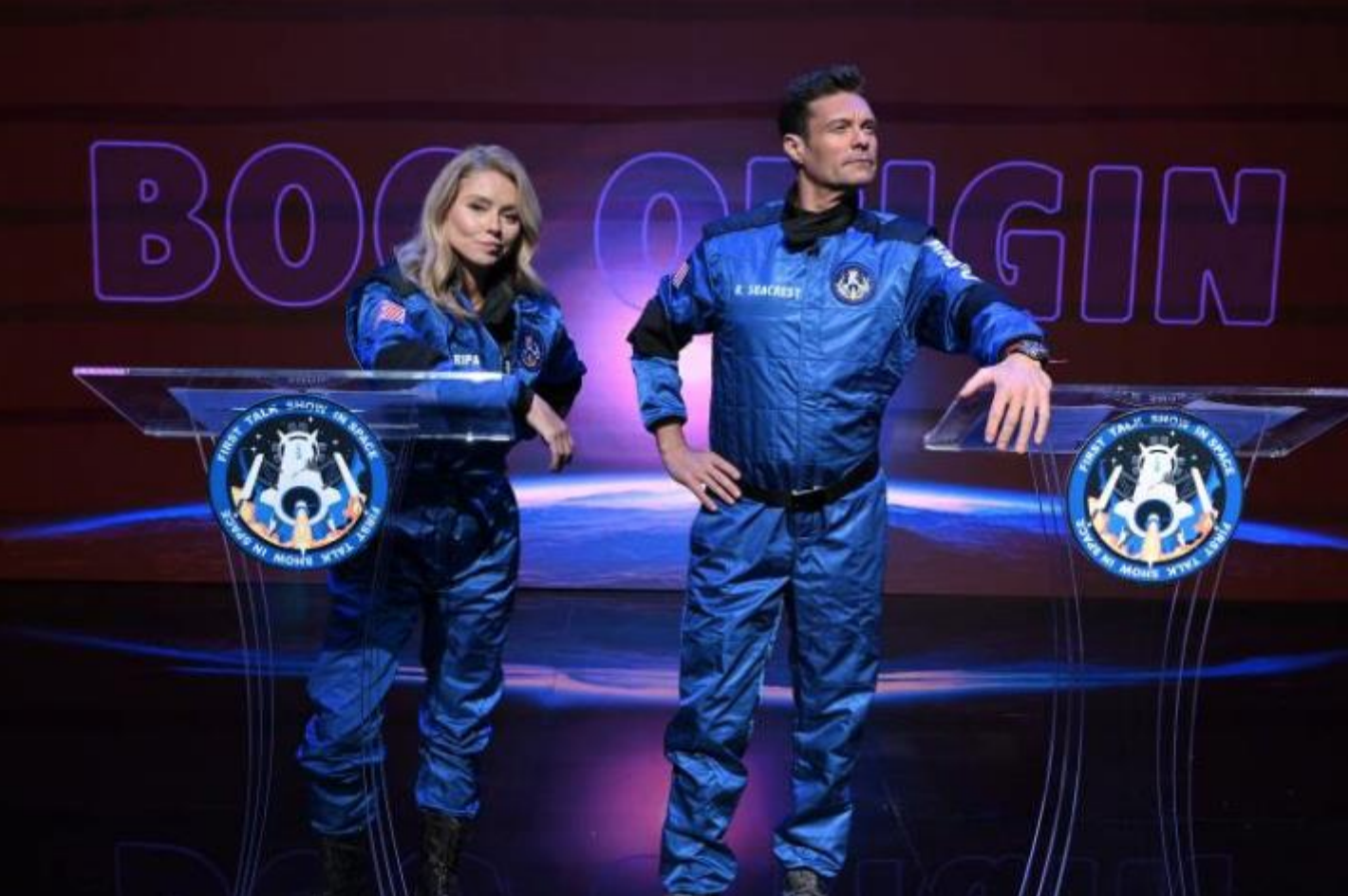 Prepare for liftoff as the “Live with Kelly and Ryan” countdown to the Halloween 2021 edition of this viewer favorite has begun. On Friday, Oct. 29, Kelly Ripa and Ryan Seacrest will once again set a new standard for Halloween celebrations, bringing the spooky season to life with “Live’s Out of this World Halloween”  (check local listings and on the web at KellyandRyan.com for time and station).

This year’s extravaganza goes boldly where no other talk show has gone before, launching from “outer space” from the show’s own “Boo Origin.” With 40 costumes, “Live” also transforms the latest pop culture trends, including hilarious takes on this year’s most talked-about TV shows “Bridgerton,” “The Queen’s Gambit,” Ted Lasso,” “Squid Game,” “The Masked Singer,” and “Emily in Paris”, a wacky retro spin on the current home workout craze, and more.

“Live’s” annual audience Halloween costume contest will once again be virtual, and the winner of “Live’s Spooktacular House Contest” will be revealed during the broadcast. “Live” will be giving away approximately $20,000 in prizes.

The official countdown to Halloween begins on Monday, Oct. 25, and continues all week with last-minute face mask costume ideas, DIY Halloween fun and games, spooky decoration ideas, and lookbacks to the most memorable “Live” costumes.

“Live with Kelly and Ryan” is distributed in national syndication by Disney Media & Entertainment Distribution. The show is produced by WABC-TV in New York and executive produced by Michael Gelman, Kelly Ripa and Ryan Seacrest. Visit “Live” on the web (KellyandRyan.com), Facebook, Instagram, Twitter and Snapchat (@LiveKellyRyan).

*COPYRIGHT ©2021 American Broadcasting Companies, Inc. All photography is copyrighted material and is for editorial use only. Images are not to be archived, altered, duplicated, resold, retransmitted or used for any other purposes without written permission of ABC Entertainment. Images are distributed to the press in order to publicize current programming. Any other usage must be licensed. Photos posted for Web use must be at the low resolution of 72dpi, no larger than 2×3 in size.