In Exclusive Interviews, the Ex-Wife and Children of Mark Winger Open Up to ‘20/20’ About Life With the Man They Thought Was Perfect—Who Turned Out To Have a Deadly Secret 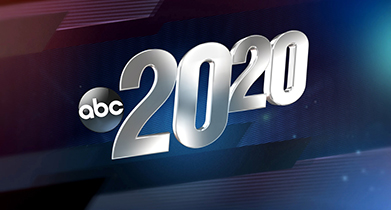 IN EXCLUSIVE INTERVIEWS, THE EX-WIFE AND CHILDREN OF MARK WINGER OPEN UP TO ‘20/20’ ABOUT LIFE WITH THE MAN THEY THOUGHT WAS PERFECT—WHO TURNED OUT TO HAVE A DEADLY SECRET

Mark and Donnah Winger were a picture-perfect Midwestern family with a three-month-old baby. But tragedy struck when Mark said he shot an intruder who he discovered killing Donnah. The case was quickly closed, and in an attempt to move past the horrific loss, Mark started a new life and married his daughter’s new nanny. Years later, a startling admission from Donnah’s close friend cracked open Mark’s perfect façade, exposing his deadly secret. Now, 26 years after the horrific crime, a two-hour “20/20” has exclusive interviews with Mark’s ex-wife, Rebecca Simic, and their four children Bailey, Anna, Maggie and Ben Simic. For the first time, the story is told through their eyes as they speak out about the perfect husband and father they thought they lived with for years and their feelings towards Mark today. “20/20” also features the first interviews with Donnah’s sisters, Jenny Levin and Michelle Hansen. They open up about losing their sister, learning the truth about Mark and how reconnecting with their niece, Bailey—just a baby inside the house at the time of the murders—helped heal the pain of their sister’s loss. “20/20” also features a rare jailhouse interview with Mark, who opens up about the events leading up to Donnah’s death and includes analysis from best-selling crime author Harlan Coben. “20/20” airs on Friday, April 16 (9:01-11:00 p.m. EDT), on ABC.