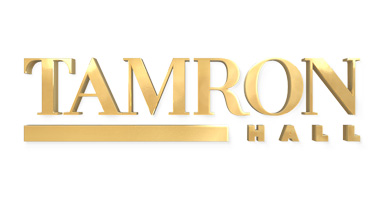 Let’s Talk About It

Following are highlights for Tamron Hall for the week of April 12, 2021. Please note: lineup is subject to change.

Monday, April 12: Women rocketing to new heights as science and tech trailblazers including billionaire Whitney Wolfe Herd who revolutionized the dating world with her Bumble app; a former rocket scientist whose mission is to teach kids to code; two food scientists take us into the lab to whip up sweet creations; and one woman who used money she earned cleaning homes to put herself through school and made it all the way to NASA, where she is an Aerospace Engineer and flight director for “Perseverance,” the most recent Mars Rover.

Tuesday, April 13: A judgment-free conversation about “mommy wine culture” – and when does it go too far?

Wednesday, April 14: Tamron celebrates 300 episodes! Plus, a look at some of the most compelling stories of the collective human experience as told through clothing from Netflix’s new hit docuseries “Worn Stories.” Plus, a performance by VanJess, the up-and-coming R&B sister duo.

Thursday, April 15: Exploring how far influencers go to get likes and followers with the participants and behind-the-scenes team of the HBO documentary “Fake Famous.” Later, what teens are really like on social media and what parents need to know.

Friday, April 16: In a daytime exclusive, Alleah Taylor speaks out about the alleged attack by her ex-boyfriend, former Seattle Seahawks offensive lineman Chad Wheeler, who was charged with first degree domestic assault. Plus, women who are using the spotlight to share their stories of domestic abuse to help others.

Tamron Hall brings a refreshing, relatable and unstoppable voice to the daytime community – talking to the people you are talking about. From the deeply personal to the purely fun, “Tamron Hall” is a daily destination for viewers to connect with the people shaping our lives through meaningful, engaging and entertaining conversations. So, let’s talk about it.

Tamron Hall is an accomplished and award-winning journalist and in July, won the Daytime Emmy® Award for Outstanding Informative Talk Show Host for her inaugural season. This marks the first time since the award’s inception in 2015 that a freshman host was the recipient of that honor. “Tamron Hall” is produced by Walt Disney Television and is distributed in national syndication by Disney Media Networks. The show is executive produced by Hall and Candi Carter and Carter serves as showrunner. The show broadcasts from New York City and features a dynamic mix of live and taped shows.