ABC Limited Series ‘Women of the Movement,’ Chronicling the Story of Mamie Till-Mobley Seeking Justice for Son Emmett Till, Set To Premiere Thursday, Jan. 6, at 8 P.M. 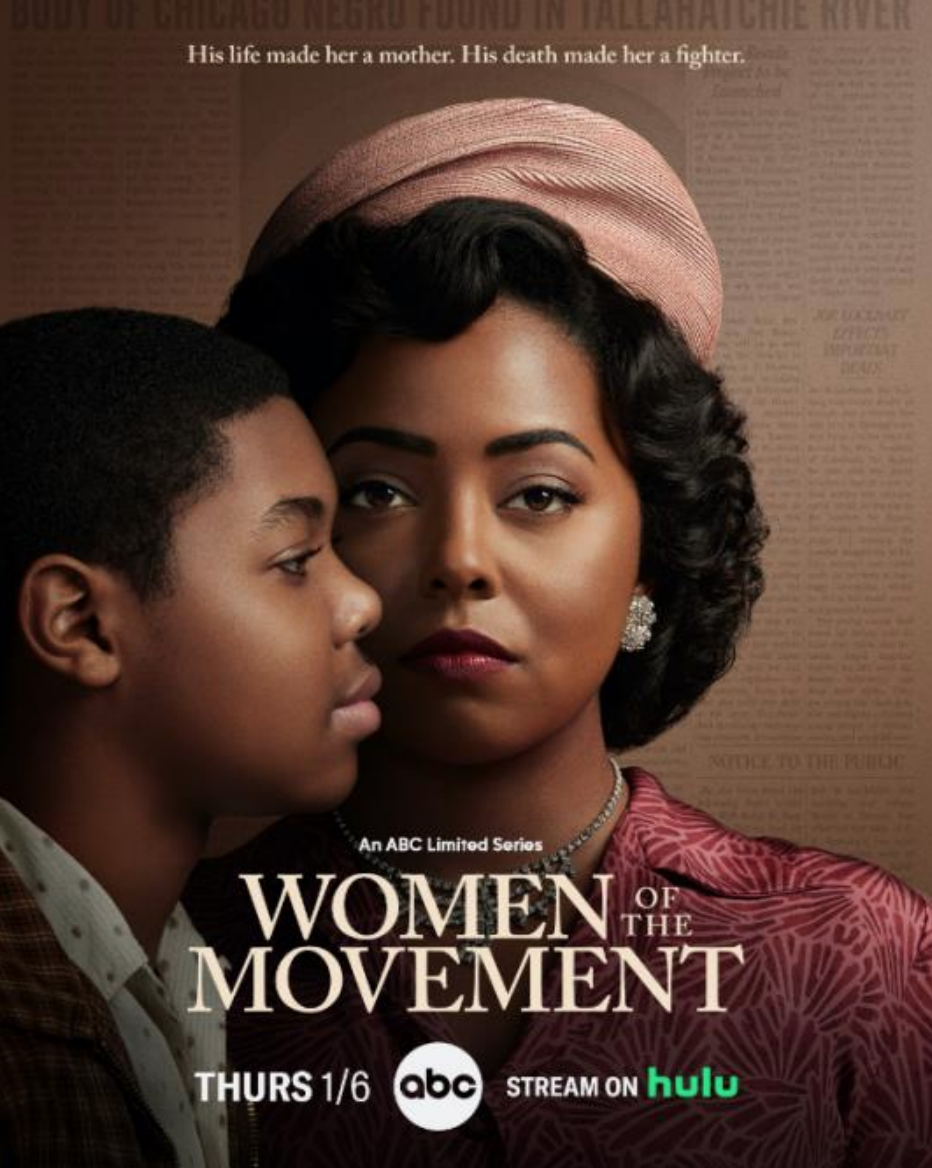 Today, ABC announced the premiere date of the highly anticipated limited series “Women of the Movement.” The six-episode series will air in three parts beginning THURSDAY, JAN. 6 (8:00-10:00p.m. EST), for three consecutive weeks. The series is based on the true story of Mamie Till-Mobley, who in 1955 risked her life to find justice after her son Emmett was brutally murdered in the Jim Crow South. Unwilling to let Emmett’s murder disappear from the headlines, Mamie chose to bear her pain on the world’s stage, emerging as an activist for justice and igniting the civil rights movement as we know it today.

Set to bring this important, historical story to life, the series ensemble includes this year’s Tony® Award winner for Actress in a Leading Role in a Musical, Adrienne Warren, starring as Mamie Till-Mobley; 1992 Tony® Award winner for Actress in a Featured Role in a Musical, Tonya Pinkins, as Alma; Cedric Joe as Emmett Till; Ray Fisher as Gene Mobley; Emmy® Award winner Glynn Turman as Mose Wright; Chris Coy as J.W. Milam; Carter Jenkins as Roy Bryant and Julia McDermott as Carolyn Bryant.